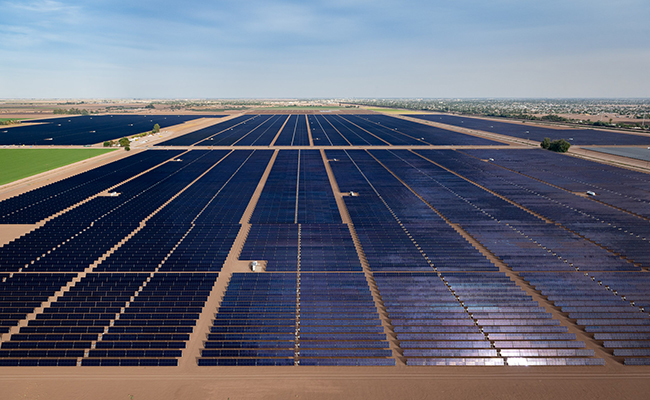 8minutenergy Renewables has energized Phases 1 and 2 of the 328 megawatt-dc Mount Signal 3 solar photovoltaic (PV) project in the city of Calexico in California’s Imperial Valley. The project is part of the 800 MW Mount Signal Solar Farm, which is among the largest PV installations in the world. With full commissioning of the plant underway, 8minutenergy expects to bring Mount Signal 3 to commercial operation by the end of 2018.

… Once complete, Mount Signal 3 will deliver over 770 million kWh of clean, renewable power to residents of the 15 surrounding counties each year—enough energy to power more than 114,000 homes, and reduce carbon emissions by more than 530,000 metric tons each year. Mount Signal 3 is being built upon 2,000 acres of formerly low-productivity farmland, and its creation will significantly reduce water usage in the region, as well as protect wildlife habitat during construction and operation. Mount Signal 3’s development and construction is creating over 600 jobs in the region.