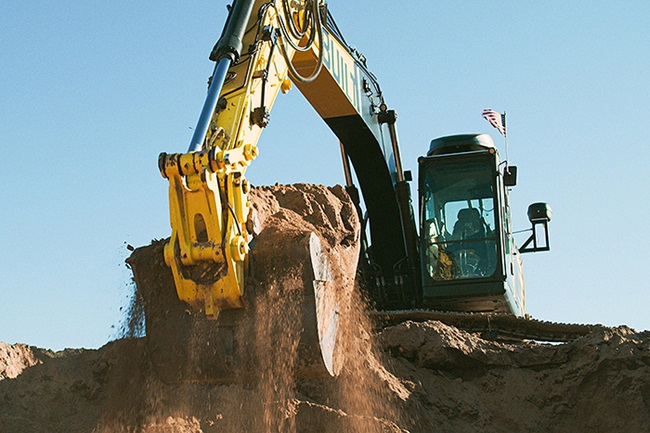 As the skilled labor shortage persists and the COVID-19 pandemic increases economic uncertainty, robotics are becoming more valuable than ever for certain types of projects – particularly those involving basic, repetitive work such as excavating and grading.

Even before shutdowns took place across the country, Mortenson was looking for every possible way to stretch the productivity of its workforce. To that end, the Minneapolis-based contractor last summer inked a deal to deploy autonomous heavy machinery in cooperation with Built Robotics, a Silicon Valley startup.

Since 2019, Mortenson has been utilizing autonomous excavators and bulldozers on a host of renewable energy construction sites around the U.S.

“When you think about a wind farm, you can have 100-plus square miles of land,” said Derek Smith, lean innovation manager for Mortenson’s Civil Group. “We’re building roads, putting in turbine foundations and collection trenches, for example. These jobs are in very remote areas that are a couple of hours away or more from major cities, so getting people there is a challenge.”

Built Robotics builds artificial intelligence guidance systems that upgrade common construction machinery – bulldozers, excavators and skid-steer loaders – into fully-autonomous robots. The proprietary software employs multilayer safety systems to operate within a predetermined geo-fence using augmented GPS, video and other sensors to safely operate. The equipment can be programmed to perform earthmoving work with precision as long as there is fuel in the tank. Progress is easily monitored via an iPad or similar device, and the machines can even be reprogrammed on the fly.

In less than a year, Mortenson has used these robots on five projects in four states. The first was a solar project in California, and then wind farms in Colorado, Kansas and Arizona followed. This could spread to Oregon in the future, where Portland General Electric and other utilities have sought to expand use of renewable energy.