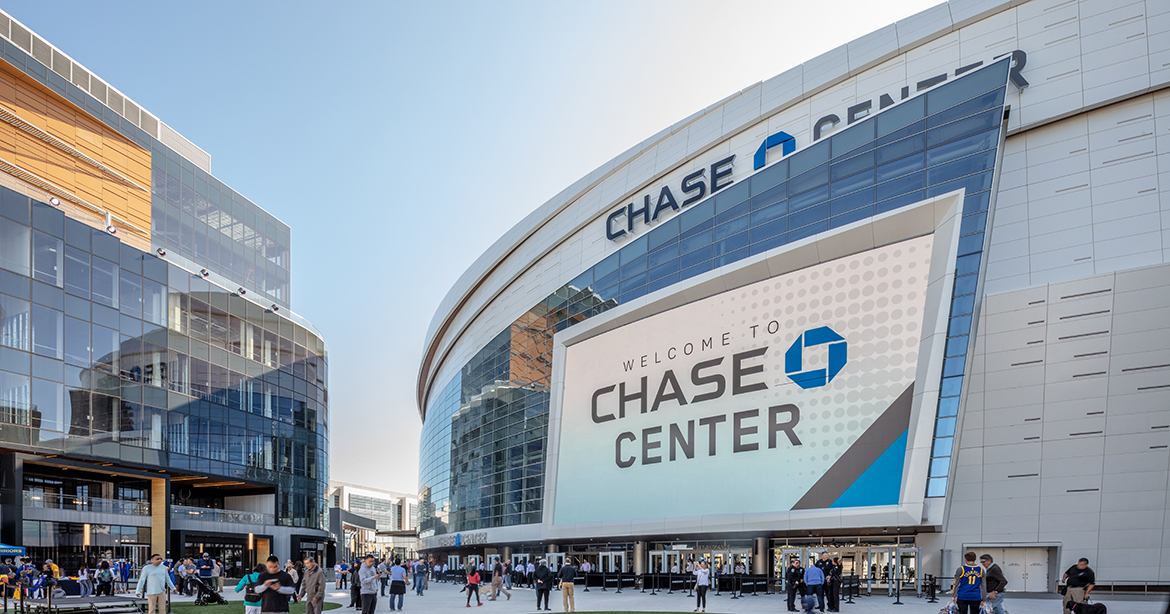 Many of the greatest professional athletes in history are judged largely on their stats. By that measure, the players behind the Chase Center Development in San Francisco hit construction hall of fame numbers.

The $1.4-billion, 2-million-sq-ft project, prominently sited on 11 acres in Mission Bay, was delivered on time and on budget after 18 months in preconstruction and 31 months under construction. Nearly 9,800 people worked on the 18,000-seat sports arena, two office buildings, 3.2 acres of public plaza and related infrastructure, logging more than 5.3 million work hours combined.

At peak construction, about 1,500 craftworkers placed up to $2.8 million in work per day. All work was accomplished with a safety record six times below the industry average.

“We hit every major milestone, including the exact day that we said we’d open the arena,” says Jim McLamb, senior vice president at Clark Construction Group and project director for Chase Center Development.

Chase Center arena, which broke ground in January 2017, opened on Sept. 6, 2019, hosting a concert by Metallica. One month later, the Golden State Warriors played their first preseason basketball game at the center, officially christening it as their new home court.