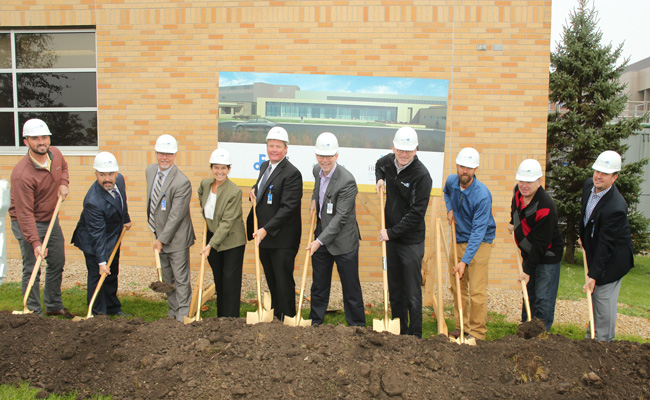 The Douglas County Hospital (DCH) held a groundbreaking ceremony on September 30, 2016 for their new $10.4 million, 33,000 square foot surgery center. In attendance was leadership from the DCH, members of the City Council, and supporters from the local community, including a few that have lived in Douglas County since the original surgery center was constructed in the 1950s.

"The group was excited and enthusiastic about the addition and the progress that it represented," said Project Manager Mike Labukas.

The new space will expand and modernize the 1950s era facility, both aesthetically and functionally by adding two new operating rooms and renovating two existing operating rooms. A new corridor will be added to the west side of the building to update the façade and provide a walkway for added patient privacy. Two new air handlers will also be added to meet the stringent requirements of modern surgical facilities. The new surgery center will be completed in February 2018 and was designed by HGA architects and Engineers.