Momentum continues on the future Hyatt Place Phoenix Downtown hotel as developers, Mortenson and Pacific Hospitality Group, took a substantial step in the construction process for the hotel, and recently celebrated the topping out of the building. The 238-room, eight-story hotel broke ground in March 2020, and construction continues to be on schedule, with plans to open September 2021.

Located at the corner of Adams St. and 2nd Ave., the urban hotel’s concrete structure was topped out, completing the placement of 4,664 yards of concrete over the last four months. Mortenson and their concrete trade partner, Suntec Concrete, in addition to other trade partners, celebrated the achievement with a safety lunch in October. Having worked 50,232 hours since groundbreaking, without a single injury, workers were recognized for their commitment to a safe project site. 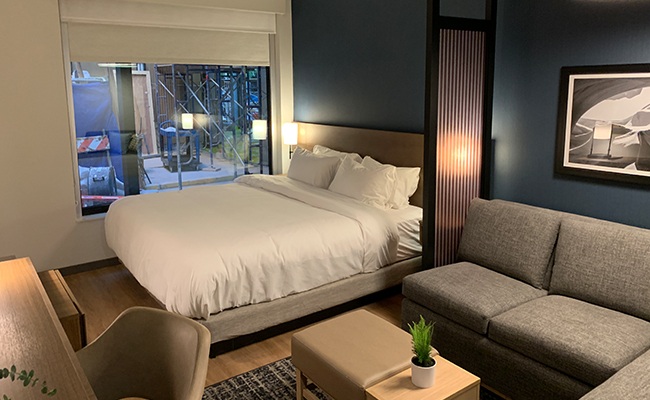 Additionally, in conjunction with achieving the topping out milestone, Mortenson and Pacific Hospitality Group also completed the full build of the model room. In executing the full-size model room this early in construction, it allows all stakeholders involved to vet out potential construction conflicts before they arise, prevents rework and ensures expectations from the designer, builder, developer and Hyatt are all in alignment.

Our project team, along with our trade partners, continue to make incredible progress, making this exciting hotel offering in downtown Phoenix a reality within the next year,” said George Forristall, director of real estate development at Mortenson. “Thank you again to all of our partners, including the City of Phoenix and Downtown Phoenix Partnership, for supporting this project during these challenging times that the hospitality market is facing”

We at Pacific Hospitality Group are just thrilled at the incredible progress we have made in just a few short months. In an incredibly tough year, we are proud of all involved who have had to deal with more procedures, safety precautions, and other uncertainty,” said Garrett Busch, vice president of Capital Markets for Pacific Hospitality Group. “With all of that, we are still on time and on budget. Without the partnership of Mortenson, and the steadfast support of American National Insurance Co this amazing feat would not have been possible.”

Some interesting facts about the construction and project team’s contributions to date include: 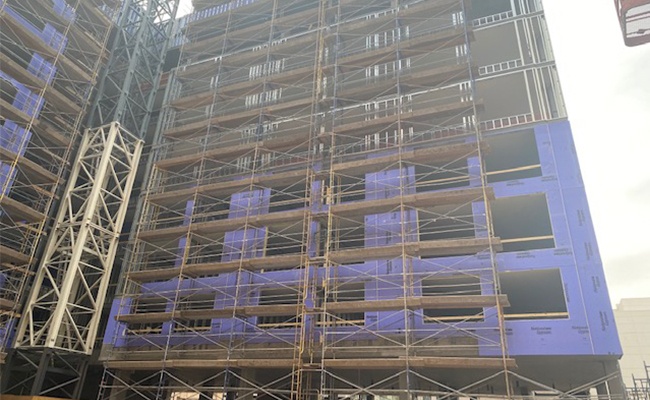 Across the street from the Orpheum Lofts, and within walking distance to many amenities in downtown Phoenix, the hotel’s façade and interior design will emulate the art deco design of the surrounding architecture. Bringing the brand’s intuitive design, casual atmosphere, and practical amenities, to downtown Phoenix visitors.

Click below for more project details and a live stream of the construction progress.