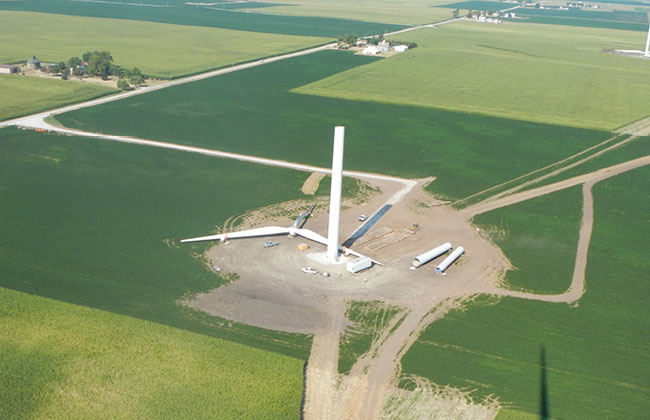 Excerpt from the Daily Herald article:
Mortenson, with offices in Itasca, recently added three new Illinois wind farm projects that will contribute an additional 289 MW of electricity to the state by the end of 2018 and an additional 194 MWs in 2019.

"Illinois is an ideal state for wind energy, both because of its geography and its need for power due to major manufacturing centers and large population," said Tim Maag, vice president and general manager of Mortenson's Wind Energy Group. "Despite ranking sixth in the nation for wind energy, though, Illinois has to really ramp up energy from renewables very quickly to meet its goals."

"According to the American Wind Energy Association, as of 2016, wind power contributed less than six percent of all electricity in Illinois. Yet renewable portfolio standards require Illinois electric companies to generate 25 percent of electricity from renewable sources by 2025," Maag noted.
Click here to read the full article.