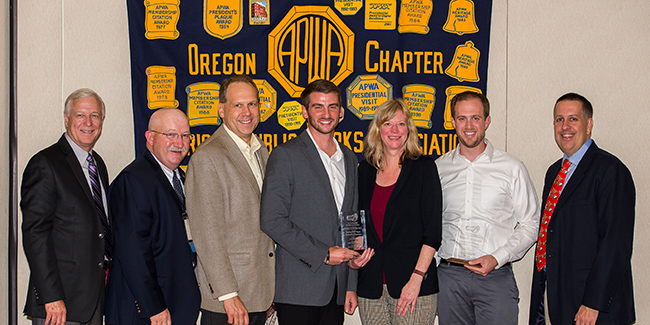 Newberg's wastewater treatment plant repair, renovation and expansion project has been named the 2015 project of the year with a budget between $25 million and $75 million, by the Oregon chapter of the American Public Works Association.

The plant was originally built in 1987. The roughly $25 million upgrade was initiated for two main reasons: to plan for future capacity needs and to update the facility which has experienced normal wear and tear over its 26 years of operation.

"It feels great. It was a lot of work over a lot of years for that project so it feels great to be recognized for it,” Wuertz said.

The APWA gives awards in four divisions based on their budget and project category. The wastewater treatment plant fell into the environment category that includes treatment and recycling facilities, landfill reclamation projects and sewer projects.

Article Courtesy of The Newberg Graphic