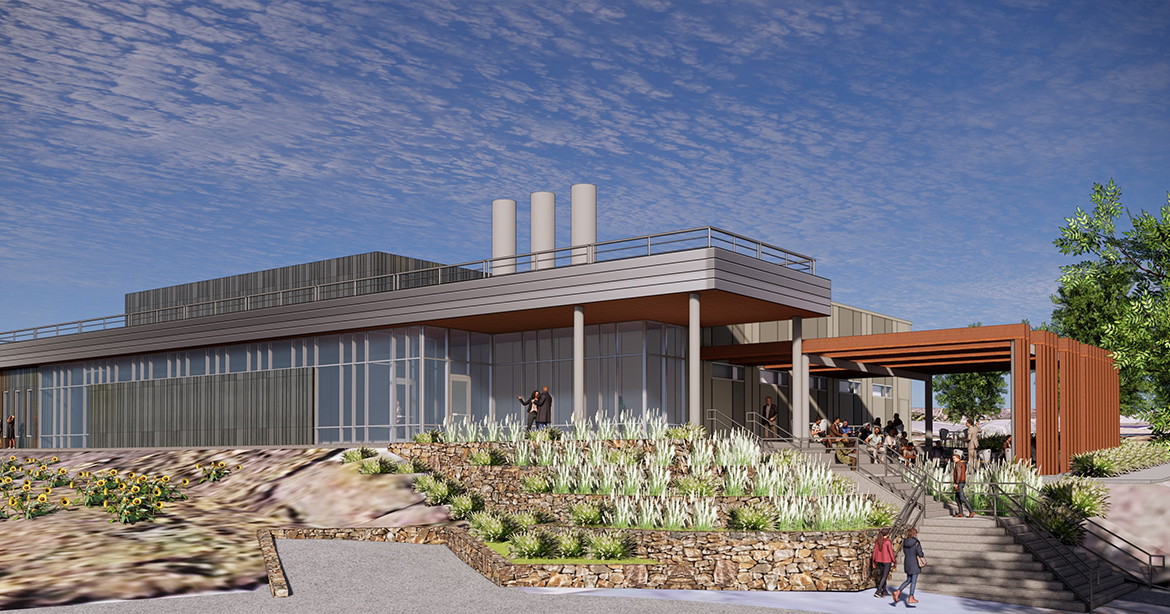 The Denver Operating Group and Federal Contracting Group are excited to announce that it will build a new research laboratory facility on the South Table Mountain Campus of the U.S. Department of Energy's National Renewable Energy Laboratory (NREL) in Golden, Colorado, marking the fourth time Mortenson has completed a project at this innovative facility and boosting NREL's capabilities for early-stage research.

The 15,700-square-foot Research and Innovation Laboratory (RAIL) will provide multipurpose lab space for cross-disciplinary research at the  intersection of chemistry, materials science, bioscience, and engineering in support of a breadth of energy efficiency and renewable energy research areas, including 5,500 square feet of flexible lab space.

"Through our ongoing work on the South Table Mountain Campus, we're helping NREL fulfill its mission as the nation's leading center for renewable energy research," Gene Hodge, vice president and general manager, said. "The work performed at NREL is critically important to developing new energy technologies that benefit both the environment and our economy and we're proud to support those efforts."

Mortenson previously partnered with NREL to complete the Science and Technology Facility in 2006 and both phases of the Integrated Biorefinery Research Facility, the first in 2010 and the second in 2011. In total, these projects encompass nearly 95,000 square feet of research space constructed for NREL by Mortenson Denver.

The total budget for the RAIL project is $19.5 million, with $15.5 million awarded to Mortenson under a Design-Build contract. RAIL is designed by Davis Partnership Architects and will serve as an example of flexible, sustainable, high-performance building design. Energy efficient technologies such as heat recovery evaporative cooling and infrastructure to support future renewable technologies will be included in the design. The electrical infrastructure will additionally accommodate a future microgrid, allowing the building to run from completely renewable sources in the future.

This facility will be first of its kind on the NREL campus. A typical process for constructing a research laboratory is to build the facility around the specific user research. This facility, however, features a highly flexible and adaptable design that will allow for many different user groups to utilize the various spaces. The RAIL also boasts exceptional collaboration space both indoors and outdoors that will allow for innovative brainstorming to take place amongst the researchers. Read the article featured in Mile High CRE here: https://bit.ly/3BXnTzj