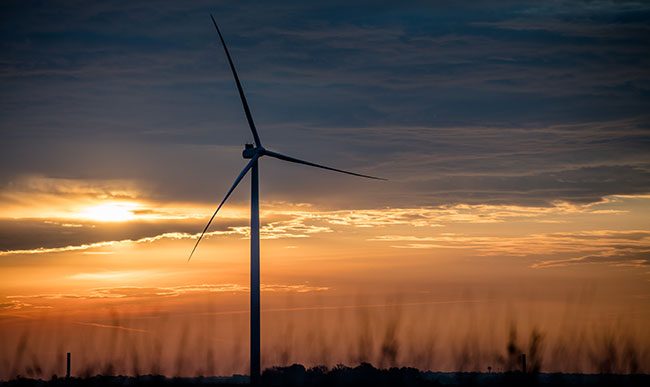 Minneapolis, MN – (August 6, 2018) – Governor Mark Dayton has proclaimed August 5-11, 2018 American Wind Week in the State of Minnesota. Mortenson, a leader in renewable energy installations, encouraged Governor Dayton to recognize the important role of wind energy in the state. American Wind Week, sponsored by the American Wind Energy Association, celebrates the wind industry’s economic and environmental impact as America’s top source of renewable energy. Annually, the broader wind industry and supporters host a variety of events across the country to show how wind benefits all Americans.

“We thank Governor Dayton for the proclamation and helping us promote the importance of wind energy to our state and the environment. Over the past 23 years of installing wind projects, Mortenson has seen how innovation has improved the viability of wind power. Now is an exciting time to be in the wind industry, as wind works for all Americans by creating thousands of jobs, generating billions of dollars of investment in the domestic economy, contributing to energy security and producing fixed price energy at a lower cost,” said Tim Maag, vice president and general manager at Mortenson.

Minnesota hosts 3,699 megawatts of wind energy, ranking 7thin the nation and producing enough electricity to power 1,012,000 homes. The state is home to 98 wind projects and 20 wind-energy related manufacturing facilities. Over 3,000 men and women in the state are directly employed by wind energy and landowners receive $10-15 million dollars in annual lease payment. Minnesota’s continued leadership in renewable energy is noteworthy and important for advancing the benefits of this growing industry. For more information on how wind works for America, please visit www.americanwindweek.org. 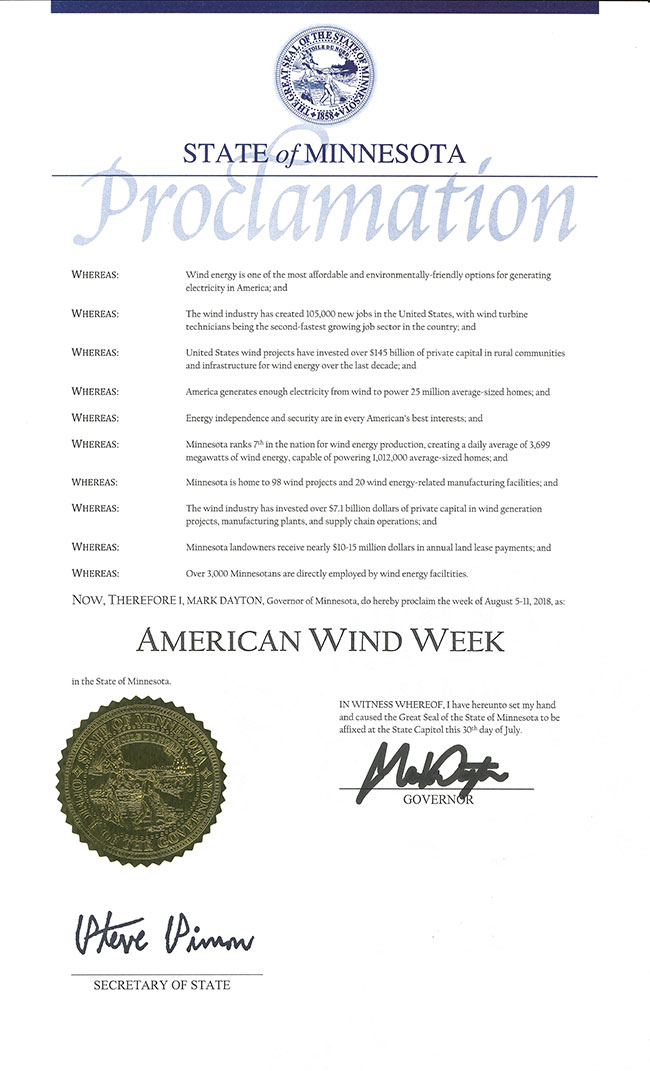 Mortenson is a U.S.-based, top-20 builder, developer and provider of energy and engineering services committed to helping organizations move their strategies forward. Mortenson’s expanding portfolio of integrated services ensures that its customers’ investments result in high-performing assets. The result is a turnkey partner, fully invested in the business success of its customers.