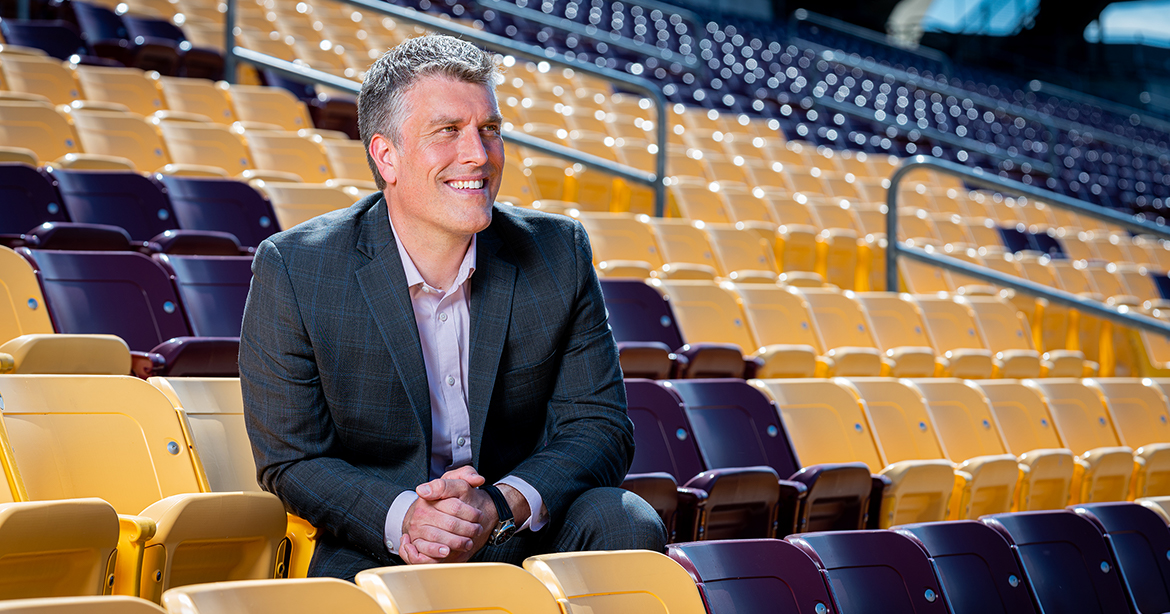 Logan Gerken started his stadium-building career as an architect. Now, as vice president and general manager of Mortenson’s sports and entertainment group, his career beginnings enable him to turn a germ of an idea into reality.

“Of course, it’s about the steel and the concrete and the glass, as much as it is about the kids that are going to their first pro sporting event ever, the first pitch on Opening Day,” said Gerken, who was a college baseball player at the University of Minnesota. “That’s the kind of stuff that gets me going because these projects are way too hard, they’re way too complex and they take a long time from initial concept to completion that, if you’re not having fun, it’s not worth it. You have to have that bigger vision for the ‘why.’”

Since taking his current position in 2018, Gerken has overseen 180 team members and had a hand in more than a billion dollars in revenue, with recent projects including Allegiant Stadium, Allianz Field, Chase Center and Fiserv Forum. The firm was named Engineering News-Record’s No. 1 sports builder for 2020.

Gerken is using technology to drive the sports venue construction sector forward, building facilities virtually so that plans can be confirmed or at least “fail fast,” subsequently giving owners a more fully baked idea of what their building will look like when it’s finished. That also helps projects stay on schedule and avoid surprises.

“We want our business to be operating so smoothly that that becomes table stakes,” Gerken said, “and then we can have the higher conversation about how we are maximizing fan experience and return on investment.”

Missed most during the pandemic shutdown: Not being able to travel to our project sites and be with our teams has been a damper on much of my “why.” By definition, we build physical spaces and tangible experiences, which is impossible to accomplish virtually.

Profession I’d most like to attempt: Professional baseball player. That was always my dream before I went pro in something other than sports; wait a second …

Causes supported: I support the preservation of the U.S. national parks. … [Also] causes to provide basic needs (food, clothing and shelter) for underprivileged people in our community so that they can focus on personal improvement rather than where they will sleep and get their next meal.

Sports fandom post-COVID will be … : A rush of adrenaline and ignition of the senses that have been largely dormant for more than a year.

My personal philosophy closely mirrors that of the following quote, “Playing ball, and in life, a person occasionally gets the opportunity to do something great. When that time comes, only two things matter: being prepared to seize the moment and having the courage to take your best swing.” — Hank Aaron. The reflection on being selected to the SBJ Forty Under 40 has led to greater appreciation for the influence of colleagues throughout my career who every day rely on me to perform, push me to perform or give me the opportunity to perform. 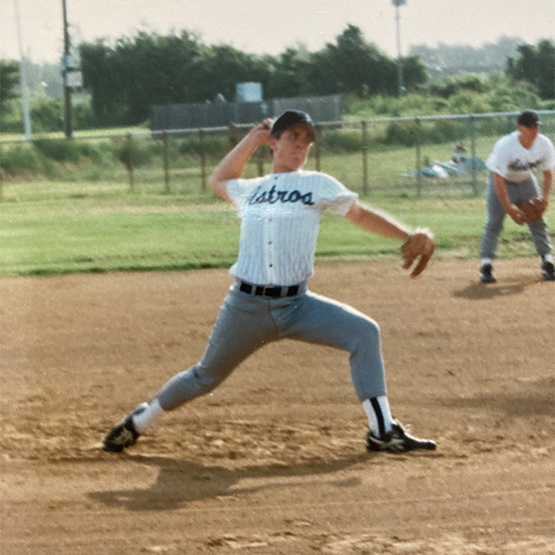 The Nebraska vs. Minnesota football game on Oct. 26, 2013. Gophers won 34-23 and broke a 50-year losing streak to Nebraska. I had to run to the bathroom with three minutes left and I was nearly the only person not in my seat. Even the concessions staff were kneeling on the counters trying to get a view of the field. I have never experienced another moment where 50,000-plus people were together and so singularly focused. TCF Bank Stadium was alive. 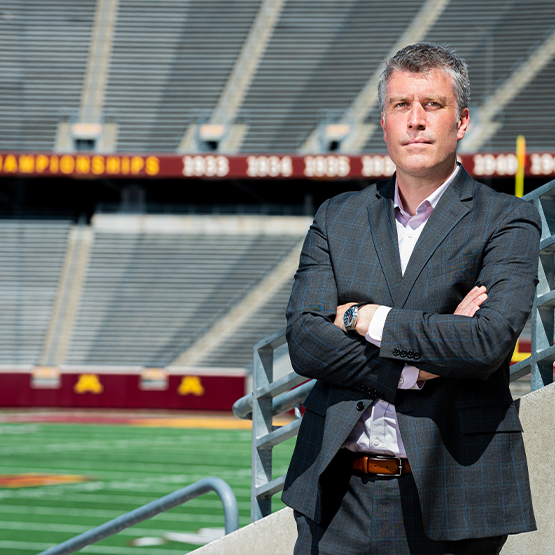 The sports industry runs on passion and innovation. Bring your energy and creativity every day! 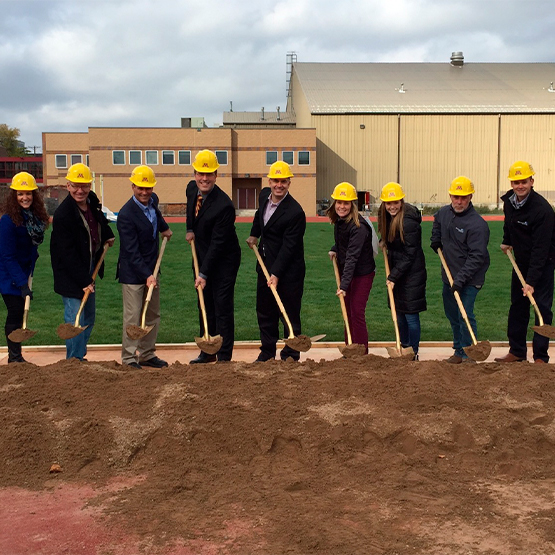 Focus on the ability to deliver the childhood wonder of watching bigger-than-life characters and the story lines that accompany the game. That builds fans for a lifetime. 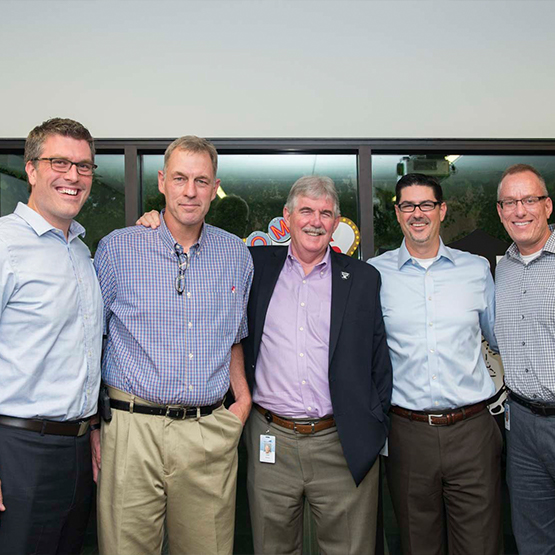