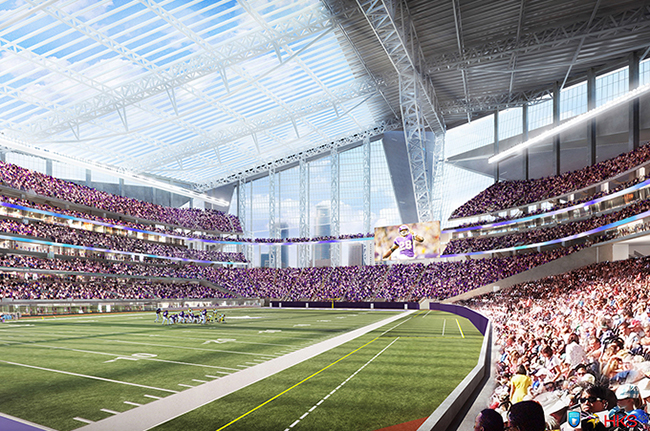 Using the nation's largest ETFE roof and pivoting glass doors, the new home of the NFL's Minnesota Vikings, U.S. Bank Stadium, is an enclosed stadium that almost feels like it's outdoors.

Eric Grenz, construction executive for Mortenson Construction, says 100,000 cubic yards of concrete were used in the construction of the building. The highest point of concrete rose 289 feet on the ring beam, taller than the Statue of Liberty. To keep the project on track, Mortenson needed to conduct year-round concrete pours. And year-round means workers pour concrete even in -30 degree temperatures, requiring heated cement trucks and heated forms that can properly cure the concrete.

Incredibly intricate logistics at the downtown site that sometimes had Mortenson managing a dozen cranes inside the bowl. "We had a 4D schedule, an animation of the entire sequencing of the job as a whole," Grenz says. "It really helped to understand the flow."

Read the full article on popularmechanics.com.