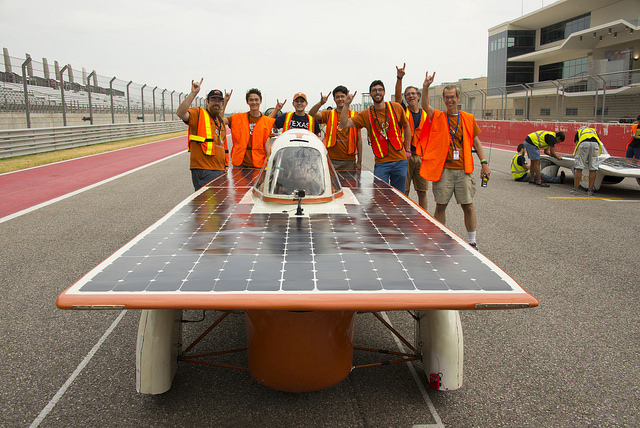 As a leader in renewable energy, Mortenson’s Solar & Emerging Renewables Group supports the efforts of the University of Texas Austin’s Solar Vehicles Team (UTSVT). These ingenious students are currently designing, building and testing the solar powered car, BeVolt. The UTSVT’s mission is to, “raise awareness of the solar powered alternatives and to engage students in creating solutions to challenging problems.” 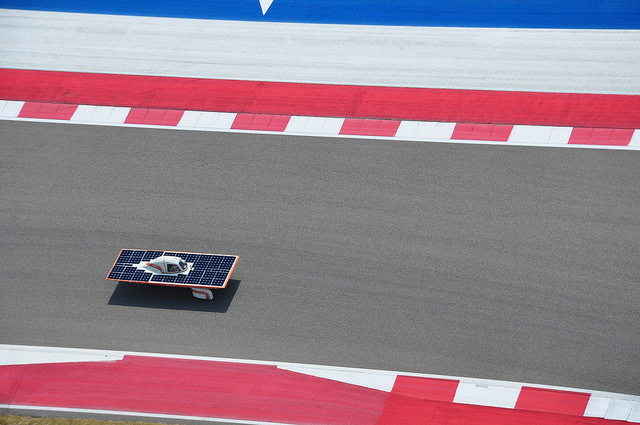 The UTSVT is a student-run organization that has been in formation since the early 90’s, with a workshop and racetrack located on campus. Last year, the team completed the TexSun build in spring of 2013. This solar powered creation was entered into three competitive student races, which included FSGP 2013 held at Circuit of The Americas in Austin, TX and the ASC 2014 cross country-race from Austin to Minneapolis. The team, “has a competitive edge against well-known engineering schools like MIT, UC Berkeley, and Georgia Tech in these past races.” 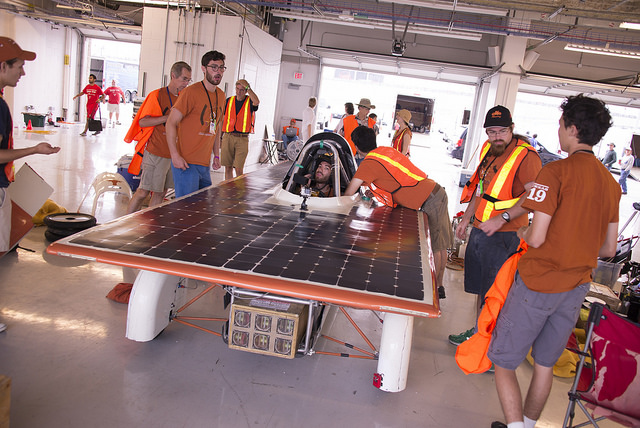 Two Mortenson team members, Trent Mostaert (GM/VP) and Max Hurd (CE) toured the UTSVT workshop and gave TexSun a quick test drive. The vehicle turns on by the flip of a switch and can get up to 70 mph! To enter the car, you must climb on top, with the steering wheel temporarily removed, as the driver seat is pretty tight quarters. Trent test drove the vehicle, taking the first few minutes fairly slow as he became familiar to the brakes located on the steering wheel. It wasn’t long before Trent channeled his inner speed racer and came cruising to the finish line!

The UTSVT will race the BeVolt model in this year’s FSGP Pittsburgh International Race on July 18-22, 2016, and the ASC Cross Country Race on August 1-5, 2016. Be sure to check out website page links below for updates.