The Broadmoor Main Hotel Renovation project included the complete renovation and expansion of all guestrooms in the Main Hotel, which was originally constructed in 1918. All 109 existing guestrooms were “gutted to concrete structure” to make way for 92 larger guestrooms and with updated public and service areas. The new guestrooms have 5 star/5 diamond finishes and furnishings and included new large 5 piece baths.

The public entry and lake levels of the Hotel underwent extensive historic renovations, including new escalators, flooring, wallcovering, and woodwork. The main entrance work included a new granite drive, new decorative pavement, lighting and landscaping, and the removal of existing parking to make way for a wider grand entrance. In addition, the original Terrace Bar located on the lake level underwent an extensive renovation, which was reconstructed with ornate wood ceilings, walls, and floors. Constructed of custom rich oak paneling, Mortenson’s team installed millwork that is truly one of a kind. The bar has a mixed wood floor, featuring an exotic dark/light pattern that created an almost 3-D illusion effect. It also featured the latest in entertainment systems: three 52” television screens were encased in the millwork hidden behind a movable panel and surround speakers were hidden in the wood ceilings. 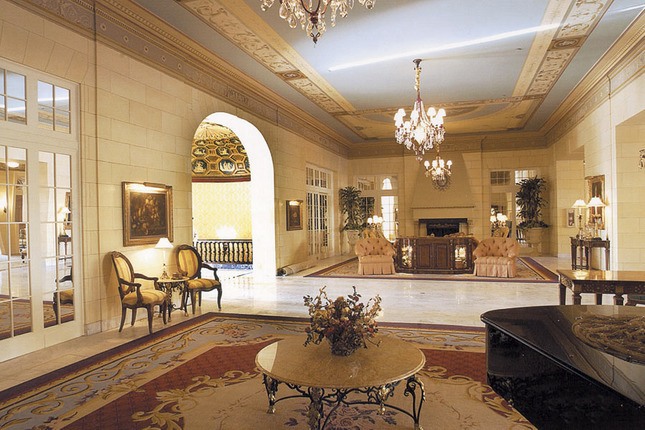 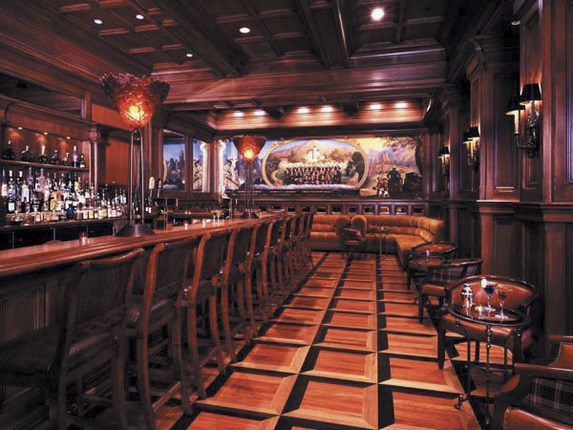 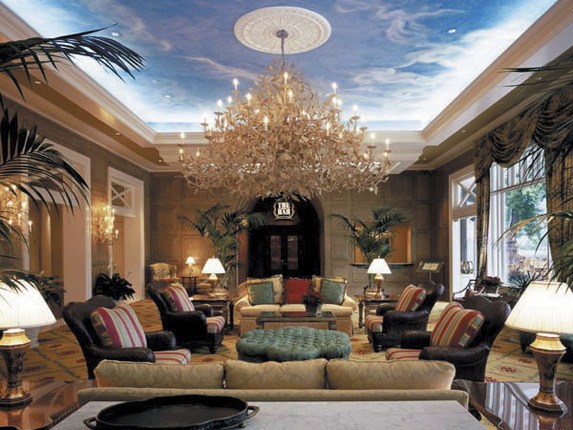 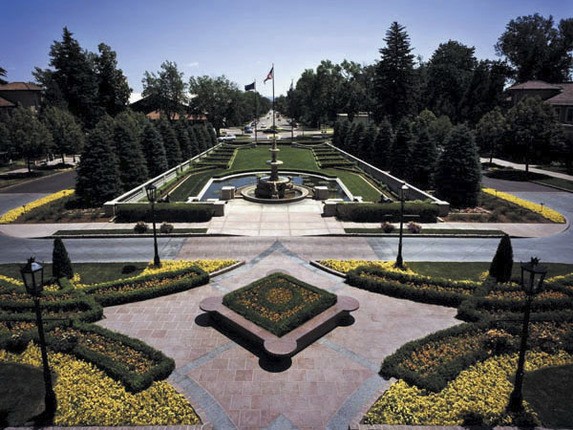 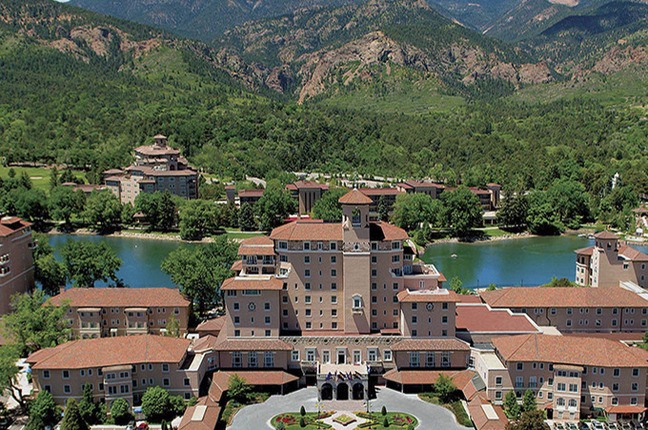