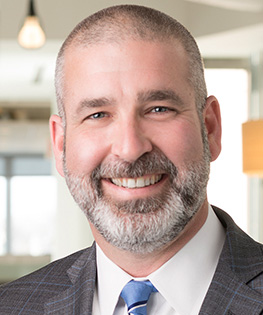 MacAdam “Mac” Glinn is the General Manager of Mortenson’s aviation business, overseeing projects with airport authorities, air carriers and specialty aviation companies across the U.S. Collaborating with the leadership of Mortenson’s other operating groups across the country, he is focused on recruiting, retaining and developing key aviation talent and expanding Mortenson’s presence in the aviation market.

Before joining Mortenson, Mac most recently served as Senior Vice President of Skanska’s South Florida operations, overseeing their business across market sectors in that geography. Prior to that, Mac spent four years as a part of Skanska’s Aviation Center of Excellence (COE) executive leadership team, eventually becoming their National Aviation Director, where he helped manage projects at 10 airports across the country. Previously, he oversaw all aviation construction business development and contracts across the United States for Parsons Transportation Group.

Mac holds a Bachelor of Arts in English literature from Kenyon College and a juris doctorate from Florida International University’s College of Law, is a member of the Florida and District of Columbia Bar Associations, and has extensive government, procurement, and construction law experience. He also currently serves as the Mayor of the Village of Miami Shores, FL, and was formerly a Council Member there as well.

Recently, Mac was chosen as the 2013 recipient of the Torch Award for the Florida International University College of Law, the highest honor that can be bestowed on an alumnus. In 2012, Engineering News and Record Southeast, named Mac as one of the Top 20 Under 40 emerging leaders in construction and engineering. Currently, Mac is member of the Dean’s Advisory Council at Florida International University’s College of Law, and Mac is also a former president of the FIU College of Law Alumni Association. He has been featured in many articles regarding the construction marketplace, sustainability and aviation market trends in trade publications, local news and national media outlets. Mac has also had several articles published regarding, sustainability, procurement and delivery methods for construction, and construction trends.