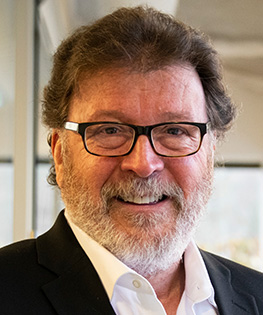 Tom has been involved in the water and wastewater construction industry since 1987 and has been a driving force behind Mortenson's success in the water and wastewater market in the Northwest. He has acquired and led over $950 million for Mortenson's Seattle, Denver and Phoenix offices. Tom is an expert in his field and has developed strong relationships and is well respected by his customers and engineering partners.

During Tom’s career thus far, he has been a Carpenter, Pipe Fitter, Mechanical Superintendent, General Superintendent, Division Manager, Project Executive and currently General Manager of Water Infrastructure, and has been involved in the construction of more than 30 wastewater treatment plants. Through his experience, he has developed a thorough understanding of trade practices and how they are coordinated and managed on a daily basis to produce safe, quality, cost-efficient projects.

Tom received his Bachelor of Arts degree in Civil Engineering from Southern Illinois University in 1980.

Over the years, Tom has been involved with the Knights of Columbus, holding many leadership positions. An Eagle Scout, he also was a Scoutmaster for several years when his boys were young. Active in industry groups, Tom has presented and served on committees including DBIA, AWWA, and WEF.

Tom has a wife the three children. All the children have flown the nest and are out making their mark on the world.